Our Display squad will be performing their routine at multiple locations throughout the week in Amsterdam. The squad are now working very hard to learn and perfect their routine. They have performed at the Guildford and London Gym Fusions and will be performing at many more Displays before they go to Amsterdam for the World Gymnaestrada. For more information on the World Gymnaestrada

The girls had an incredible jam-packed seven days of gymnastics – performing, rehearsing, spectating and mixing with gymnasts from all over the world. They were accommodated for the week in a school in Lauterach along with other British teams and had lunch daily at the Trade Exhibition Centre in Dornbirn along with all the other many nations! The British team (made up of 30 BG clubs) started the week performing their large group display on Monday and Tuesday in the Casino Stadium. After bad weather delayed proceedings at the beginning of the week, all the Gymnaestrada participants came together at the Birkinweise Stadium on Wednesday for the re-scheduled Opening Ceremony. They enjoyed an electric atmosphere as the teams paraded through the stadium waving flags followed by the host country, Austria, putting on a series of dazzling displays to kick off the Gymnaestrada.

Throughout the week our girls travelled across the Vorarlberg region to perform their own routine in front of large crowds on city stages and in the Trade Exhibition Halls where all the countries came together. The atmosphere was incredible! They also had great fun swapping t-shirts and pin badges with gymnasts from other countries!

The week’s event was capped off by the amazing FIG Gala evening on Friday and the Closing Ceremony on Saturday, in which our girls had the opportunity to take part, showcasing the World Team performance.

The next World Gymnaestrada will be held in Amsterdam in 2023. We can’t wait!

Some quotes below from some coaches and gymnast

“This was my 2nd World Gymnaestrada and the atmosphere was absolutely incredible in Austria I loved performing and also enjoying seeing routines from other countries.”

“Many of us at Generation Gymnastics have been at gym together for years now so it was really special to go out there together and perform. It has been a fantastic experience for us.”

“It was an unbelievable experience! We’ve done a lot of gymfusions back home and in England, but this experience was amazing.”

“Many other coaches came up to me and said what a great routine our girls performed, they looked amazing on the floor, I’m so proud of them.” 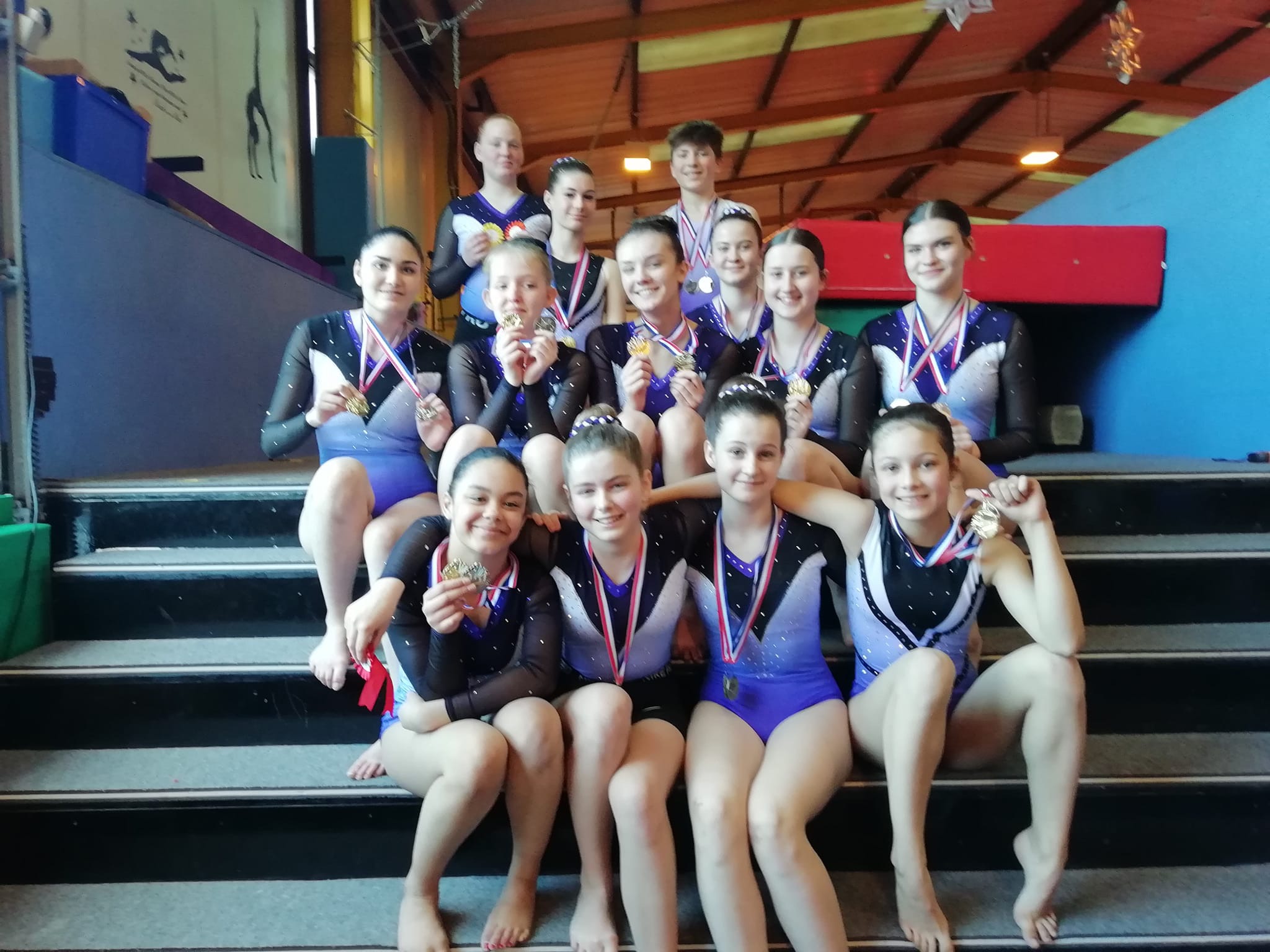